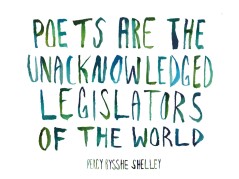 My husband and I received a card from my middle sister yesterday, and the front was a piece of poetry. It was so striking and poignant that I wanted to share it with you. It is entitled from Santiago, and was created by David Whyte, and from his work Pilgrim.

One day you realized that what you wanted

had already happened long ago and in the dwelling place

you had lived in before you began,

and that every step along the way, you had carried

the heart and the mind and the promise

more marvelous in your simple wish to find a way

than the gilded roofs of any destination you could reach:

as if, all along, you had thought the end point might be a city

with golden towers, and cheering crowds,

and turning the corner at what you thought was the end

of the road, you found just a simple reflection

and a clear revelation beneath the face looking back

and beneath it another invitation, all in one glimpse:

like a person and a place you had sought forever,

like a broad field of freedom that beckoned you beyond;

like another life, and the road still stretching on.

It makes me think of the memory of God that I see when I look into the face of someone else and momentarily forget that we are different, and can somehow, despite what I’ve done to them and what they’ve done to me, only manage to recall the mystic way in which we are both the same. And even when that mystical moment lasts only half a heartbeat, inside the beat of my heart I forget that we are these bodies prone to kill and remember also that we are spirit, prone to love, and it doesn’t feel like Greek Philosophy at all, it feels like the truth I can’t quite remember all the time. Yet.

And you? What does it say to you?